LOS ANGELES, CA (February 5, 2020) - Rachel Levin, known worldwide for her YouTube channel RCLBeauty101 with over 14.4 Million subscribers, is announcing her music debut with the release of “Myself” on February 14, 2020. Having secretly been working on her music, Levin is eager to crossover into the music industry with the message of self-confidence and self-love that has made her into an internationally known influencer on multiple platforms with this debut single.

“I wrote this song because I know a lot of my followers struggle with confidence and are at the age where they’re still learning how to be comfortable in their own skin. And I just wanted to make a song that highlights how important your relationship with yourself is.” - Rachel Levin

Thoughtfully timed for a Valentine's Day release, “Myself” is a self-love pop anthem that initially comes across as a standard love song for a significant other before revealing that the song is about the relationship you have with yourself. “I wanted the song to be played off at first as a standard love song for a significant other because that’s the relationship that people generally think of when they think of love- and then BAM during the chorus I wanted it to leave everyone shook with the fact that this song that what THEY THOUGHT was me singing to like another person IS ACTUALLY ABOUT MYSELF,” says Rachel Levin. Levin’s confidence oozes through her soaring vocals and carefully crafted lyrics solidifying the message that it’s important to love yourself first and foremost. With lyrics like “Self-love, no you can’t get enough” and “Knew love was blind, Cause I couldn’t see that you were always in my reflection” Levin acknowledges the struggle that it can be to recognize and love yourself but surges forward with positivity and encourages listeners to accept and love themselves as well.

“Myself” is available for Pre-save on all major platforms:  https://smarturl.it/RachelLevinMyself 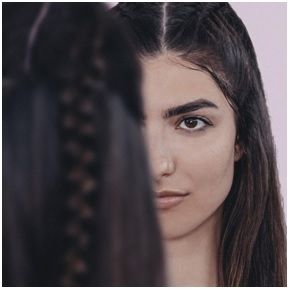 Rachel Levin has smashed through the “Beauty Guru” space creating an entire genre of her own across multiple platforms. Levin first found fame with her wildly successful YouTube channel which at times has been dubbed as the fastest growing YouTube channel in the world. As a household name in the teenage demographic, Levin has caught the attention of MTV, Cosmopolitan Magazine, The Wall Street Journal, Forbes, The Hollywood Reporter, People Magazine, and many others for her messages of positivity to the young generation that she influences. While Levin is well known for her lifestyle, comedy, beauty, fashion and DIY videos, she has also dealt with important social issues on her platforms including bullying, self-image, and suicide. Partnering with Sun & Sky Records for the release of “Myself”, Levin’s musical debut is one that she hopes fans will be able to connect with on a deeper level as they incorporate her messages of positivity into the daily folds of life.

Sun and Sky Records is an Independent Record Label that works with clients to release all genres of music worldwide with innovative platforms and brand new marketing strategies to leverage all entertainment outlets. Sun and Sky Records is a division of Sun and Sky Entertainment which works with a diverse group of entertainers and influencers with television production, live concert production, concert promotions, live touring, consulting services, gaming division (Sun and Sky Gaming), YouTube influencer division, producers of Celebration of Music Talent search in addition to their independent record label.

For more information, or to schedule interviews contact pr@sunandskyentertainment.com